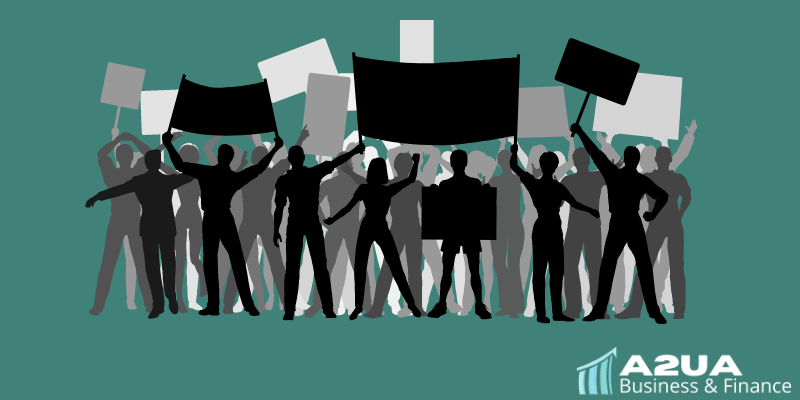 The two US anti-piracy bills, the SOPA in the House of Representatives, and the PIPA in the Senate have been put on hold after the pressure that the Internet giants have exerted in recent days and opposition from the public.

This Friday in the US, the leader of the Democratic majority in the Senate, Harry Reid, announced that he would delay the vote of the anti-piracy law of the upper house, the PIPA (PROTECT IP Act), after the protests of giants like Google and Wikipedia.

Reid said he will delay the vote, scheduled for next Tuesday until the Senate Judiciary Committee makes further progress on an agreement on the controversial legislation.

“We have made good progress in the discussions we have held in recent days, and I am optimistic that we can reach an agreement in the coming weeks,” Reid said in a statement.

“There is no reason why the legitimate questions raised by many about this bill cannot be resolved. Counterfeiting and piracy have cost the US economy billions of dollars and thousands of jobs each. year. The film industry alone produces more than 2.2 million jobs, “added the Democratic leader.

The main sponsor of the other legal project, the SOPA (Stop Online Piracy Act), the Republican member of the House of Representatives Lamar Smith, reacted to Reid’s statements, also announcing the indefinite postponement of the hearing on the text.

Smith said he resigned from taking the law to a vote until there is a broader agreement to combat piracy after he limited himself to postponing it to February on Tuesday after the first pressure.

The bill would force US search engines, domain providers and advertising companies to block the services of any web page in the world that is under investigation by the US Department of Justice for publishing copyrighted material without permission.

This has raised the fear that legitimate pages in which users share their own content will be blocked.

Wikipedia and Google, against these projects

On the 18th, the free virtual encyclopedia Wikipedia in its English version and other Internet pages closed their services, while others, such as Google, posted complaint signs in protest of the controversial law.

The founders of the great Internet sites sent a letter to Congress a few days ago arguing that the law ” will create an environment of fear and tremendous uncertainty for technological innovation, and seriously damages the credibility of the United States in its role as administrator of the key infrastructure of the Internet “.

Europe and the UN support the network

But the criticism has not only come from Internet users and companies within the United States. The vice president of the European Commission (EC) and head of the Digital Agenda, Neelie Kroes, on Friday showed her disagreement with the current version of the US bill and applauded the reactions of Congress to the pressure.

“I am happy that there is a change in the trend on SOPA: we do not need bad legislation when we should be safeguarding the benefits of an open network,” said the commissioner through the social network Twitter.

In his opinion, according to another comment published this Friday by the commissioner through this popular social network, ” Internet regulation must be effective, proportionate and preserve the benefits of an open network.”

For their part, the Special Rapporteurs for Freedom of Expression of the Inter-American Commission on Human Rights (IACHR), Catalina Botero Marino, and of the UN, Frank La Rue, also urged the United States to ” vigorously protect freedom of expression in the Internet “after all the controversy raised.